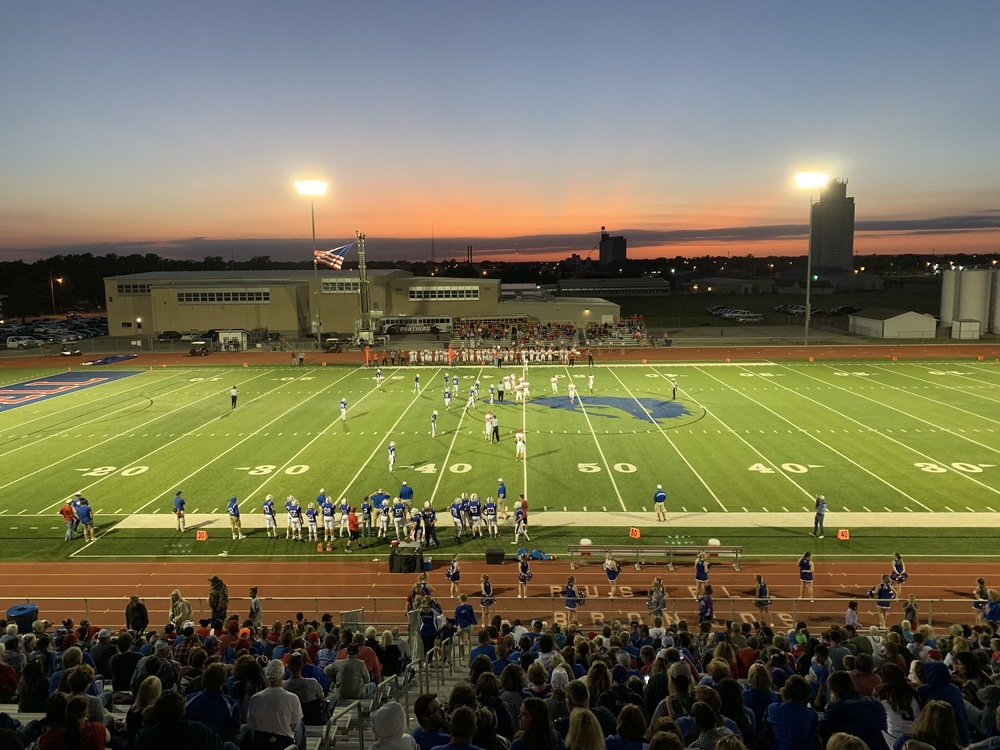 Russell High School will host its Fall Sports Preview Night on Friday, Aug. 27 at the RHS Athletic Complex. A full night of fall sports will begin with an intra-squad volleyball scrimmage at 5:30 p.m. inside Amos Morris Gym, followed by a four-team football jamboree at 6:00 p.m. at Shaffer Field.

Football will take center stage at 6:00 p.m. when Russell hosts a four-team pre-season jamboree. Ellinwood, Lyons, and TMP-Marian will also make their way to Russell to participate in the event. The jamboree will take place in three sessions, with teams on both sides of the field. Each team will get 12 snaps against each of the other teams, for a total of 36 snaps on the night. Teams will begin from the 35 yard line, and will work toward the end zone on that side of the field. Head Coach Mark Baldwin welcomed 38 student-athletes to its first practice on August 16, including 12 letter-winners from the 2020 squad, which closed the season with a thrilling 46-40 win over Council Grove in the first-ever meeting between the two schools.

During the break between jamboree sessions, the RHS Cross Country, Girls’ Golf, Cheerleading, and Dance teams will be introduced.

In lieu of an admission charge, those in attendance will be invited to donate an 8-pack of Gatorade, or a similar sports drink. These donations will be divided, and sent home with each participating team.

As has become tradition for the Fall Sports Preview Night, a watermelon feed will be provided to all in attendance, courtesy of Klema Apple Market.

Following the jamboree, the public is invited to enjoy a movie on the RHS baseball field.